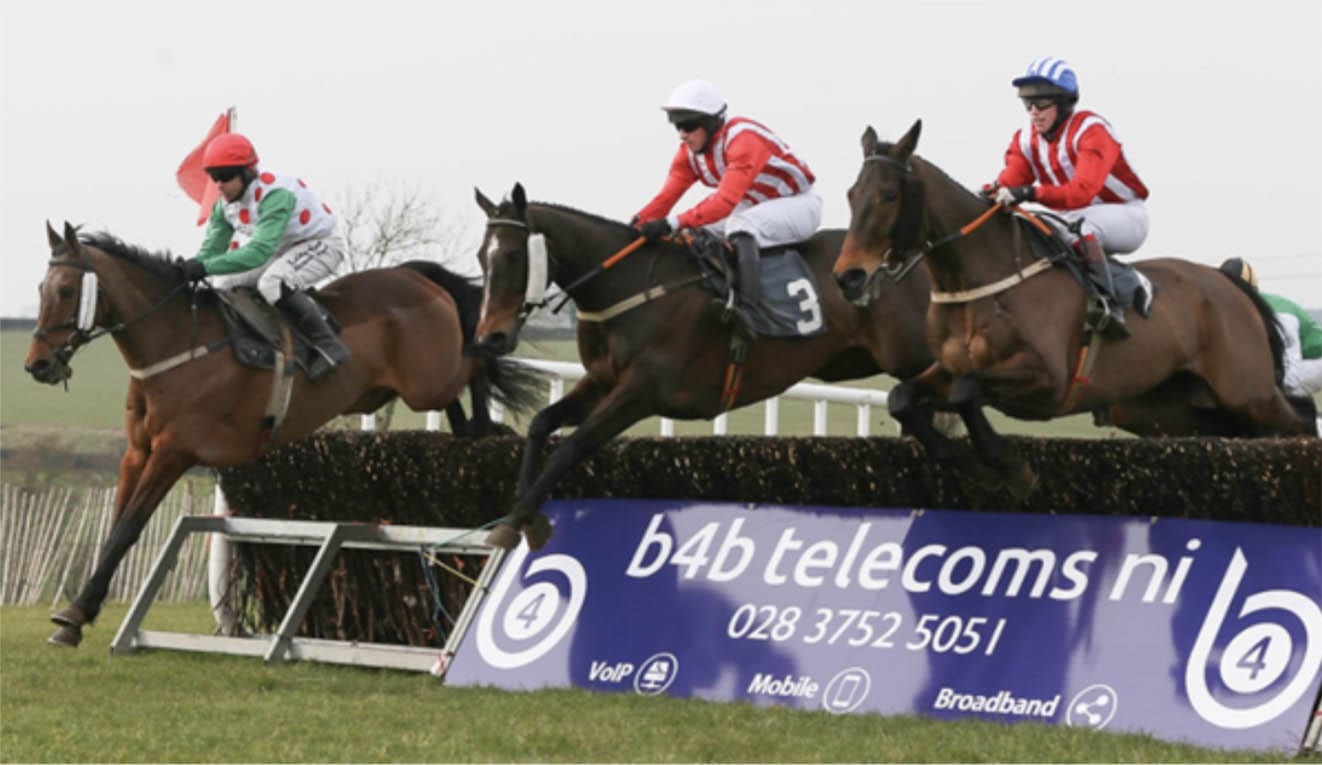 It’s that time of year as the Point-To-Point races rolls into Armagh with the annual meet taking place at Farmacaffley on Saturday (February 24).

On a course granted by kind permission of Pooler Leeman, it is ecognised as one of the toughest but fairest circuits in Northern Ireland, and has produced some outstanding horses over the years.

The first race is at 1pm, and is the confined hunt race, once again sponsored by the Mullen Family.

The McConville owned and trained Anseanachai Cliste has won it for the last two years, and went on to win the Toal sponsored Ulster National at Downpatrick last year.

It is hard to envisage something of this calibre winning this year, but, if the Marshall Watson trained Is This It, who won a maiden at Maralin before Christmas, lines up, she will be hard to beat.

Markethill Livestock Sales sponsors the second race for five year old geldings, which over the years has produced some high class horses.

Last year, The Crawford Stable supplied the first and second, with the winner Western Honour being sold to Paul Nicholls for £120,000. The second, Scorpion Sid, was sold for £50,000 and on his only run over hurdles, won by 15 lengths at Chepstow.

The third horse, Taylor Tom, went to Donald McCain, and subsequently won a hurdle race at Bangor. This race is usually targeted by the major stables such as Colm McKeever and the aforementioned Crawfords, as well as Davy Christy and Ian Ferguson.

The third race is a five year old and upward Mares Maiden, and is sponsored by Donnelly Brothers Dungannon. In last year’s race, only two runners completed the course, with Florianopolis winning by 15 lengths from City Break. The winner went on to win a One Winner Race at Durrow, whilst the second won a Mares Maiden at Tyrella. The market is usually a good guide to the chances of horses in this race.

The feature event as usual is the Armagh Construction Limited open light weight, and in the past has been won by some serious horses. In last year’s race, Quiet Account, trained by Colin McBratney, prevailed by seven lengths, from Clondaw Frisby; the winner went on to win an open at Oldcastle, whilst the runner-up won a hunter chance at Downpatrick.

There is little doubt that the major stables such as Jim Draper and Gerry Cosgrave will have entries in this contest, and will have to be respected.

The fifth race, sponsored by WHR Accountants, is restricted to horses that have not won more than two Point-To-Points, and is usually a good guide for younger horses in the upgrade. Puff My Pistons, was an easy winner last year, and subsequently ran well in winners races at Moira and Ballymena.

The horses that finished second and third last year have not appeared on a race course since. It is usually best to watch for horses that have had a recent run under their belt as this stiff course required a fair amount of stamina.

Racing concludes with The Ring Cup for six year old and up Geldings, and is again sponsored by Philip White Tyres. Drimsree Lad, ridden by Noel McParland, won by 10 lengths from Is This It, with Boycie’s Taken in third.

Is This It went on to win a maiden at Maralin as did Boycie’s Taken, who won his maiden at Largy. Again, recent form will be a help to selecting horses with a chance, and market moves should also be noted.

Organisers are hoping for some improved weather in the next few days to help dry out the course and make it more pleasant for both horses and spectators alike.