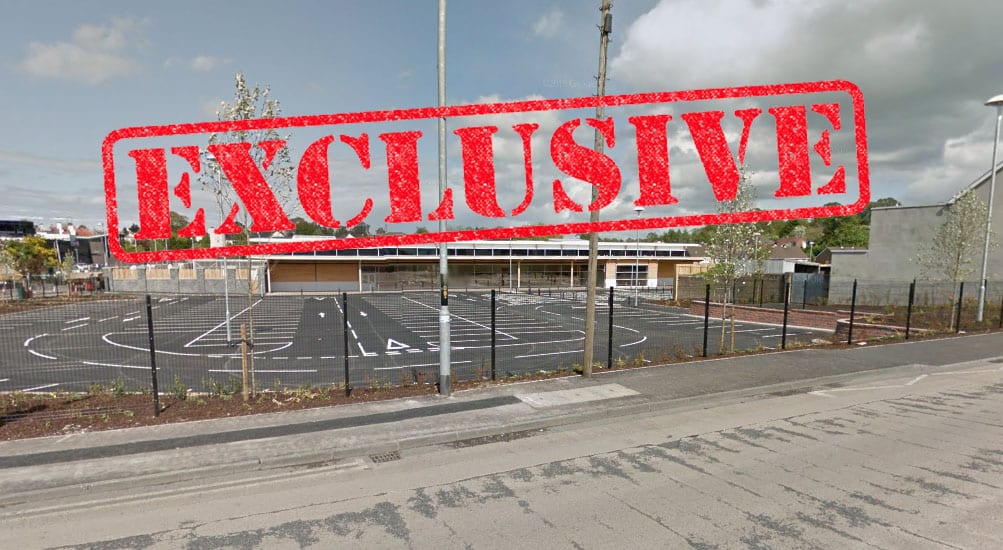 An announcement on the future of the vacant Tesco site in Armagh city is expected imminently, Armagh I can exclusively reveal.

We understand that Tesco, the owners of the site on Alexander Road, are currently “working on a communication” and will inform the council of developments in the very near future.

Armagh I has seen correspondence which indicates that a major announcement is on the cards.

The supermarket giant is however, remaining tight-lipped, admitting they are “unable to publicly announce the plans for the building” just yet.

It is expected that a statement will be forthcoming in the not too distant future and that a large commercial enterprise will take up residence, bringing significant investment to the city. Since the collapse of the Tesco move in January 2015, the building has been divided up into four retail units and a drive-thru restaurant.

The units are currently being advertised ‘to let’ by leading property company DTZ McCombe Pierce.

But the original advertisement to promote the retail complex is now showing ‘0 sq ft’ available to let, adding to the mounting belief that deals have successfully been completed.

There had been speculation previously that a smaller Tesco store would come on board, possibly in the shape of a Tesco Metro.

This can neither be ruled in nor out at this stage.

But what is certain is that Tesco has been actively working behind the scenes to bring the Alexander Road units into productive use.

The development – which had originally been announced as creating 250 jobs in August 2013 – finally went ahead after much controversy and the need to iron out planning concerns.

It was built by Turkington Construction in Portadown and completed ahead of schedule – after the public revelation that the multi-national would not be taking up residence but with the keys still handed over to Tesco, as owner.

That means that the retailer, even though it opted to pull out of its original plans, has been paying substantial rates bills on the premises for what is essentially an empty shell.

It therefore views as vital the need to get something in place and that announcement, as we say, is imminent.

Tesco has also repeated assurances to the local council that it will do everything in its power to have the Alexander Road site filled and even tasked Callum Ford, its senior development manager, to the job.

He had personally written to the council last year to offer assurances that no stone will be left unturned in trying to find an alternative tenant to allay fears that the developed site will be left unoccupied.

In its latest correspondence, Tesco has indicated that it will communicate directly to Armagh City, Banbridge and Craigavon Borough Council on the future plans and use for the site as, we say, in the not too distant future.