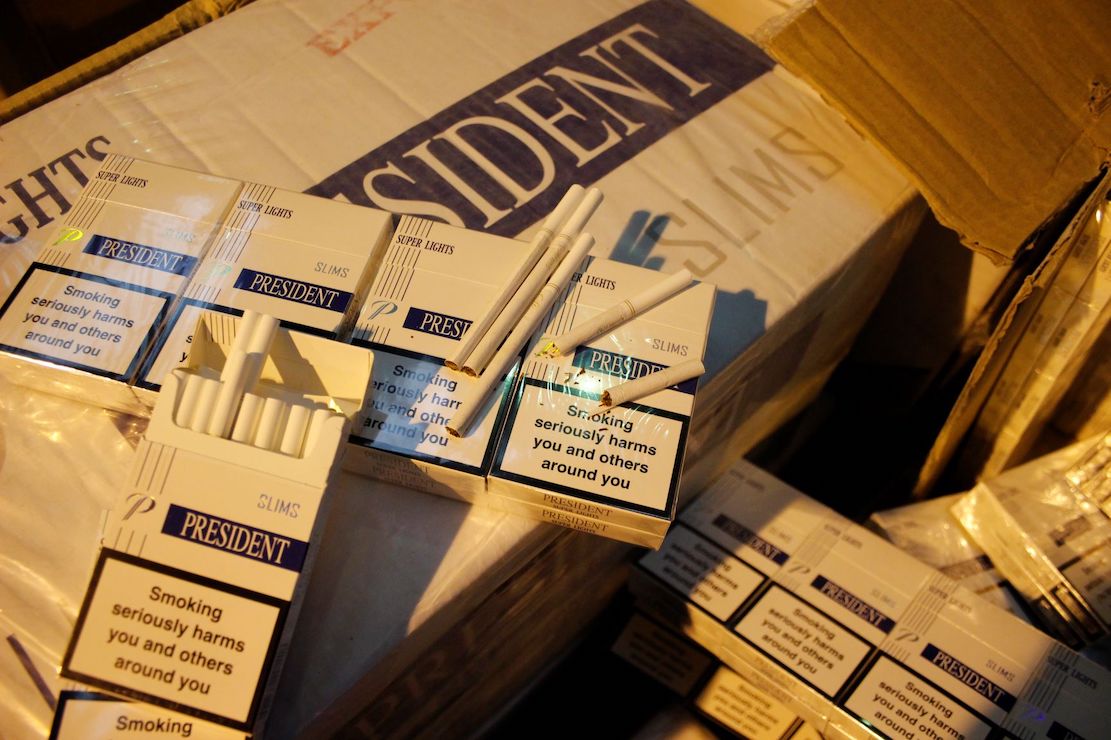 Almost five million illicit cigarettes have been seized by HM Revenue and Customs (HMRC) in a joint operation involving Border Force and PSNI in Belfast.

On Monday, a trailer containing 4,869,000 President cigarettes was detained at Belfast docks.

The load, which was destined for an address in Co Armagh, was worth an estimated £1,825,875 in evaded duty.

“We work closely with Border Force and other partners to tackle and disrupt this illicit trade.

“HMRC will continue to target the supply of illicit tobacco, which costs the UK around £1.8 billion a year. Anyone with information regarding the smuggling, storage or sale of illegal tobacco can report it to HMRC online or call our Fraud Hotline on 0800 788 887.”

John Oldham, Assistant Director for Border Force Northern Ireland, said: “This is a substantial seizure and was made possible by the expertise of Border Force officers who are working every day to prevent illegal importations into the UK.

“The black market cheats honest traders and it is effectively stealing from the public purse. By stopping the consignments Border Force has starved those responsible of the proceeds of their criminality.”

No arrests were made.