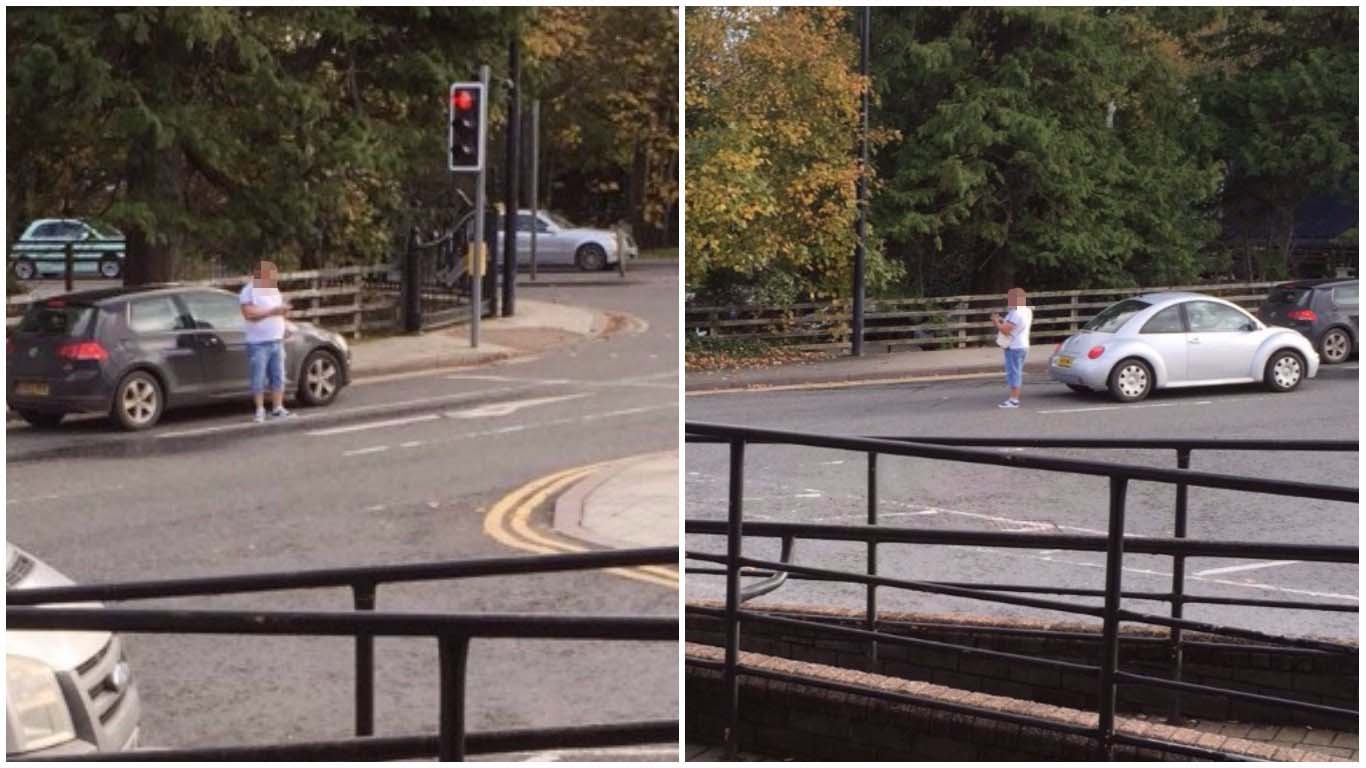 A shocked onlooker described how traffic was forced to swerve out of the way of a man stationed in the middle of the road at a busy junction in Armagh this afternoon (Friday).

The woman, who wished not to be named, described the actions of the lone man as “an accident waiting to happen” as he weaved in and out of cars on Dobbin Street Lane.

She said he was doing this for at least an hour.

“He was just standing in the middle of the road at the traffic lights (Friary Road junction),” she explained.

“I’m not sure what his intentions were; they may well have been the best of intentions, but it was so dangerous what he was doing.”

She continued: “He was waiting in the middle of the road for lights to change red and when they did, he went knocking on the windows of all the cars, vans and other vehicles that drove up to the lights.

“He had some sort of pouch round his neck, like a man bag sort of thing.

“I’m not sure if he was selling or collecting for something but he was weaving in and out of both lanes of traffic, quite quickly; some of the cars had to take evasive action.

“He didn’t seem to want to move for some vehicles which had to manoeuvre around him, but walking up and down the middle of the road like that is not a good idea.

Armagh man first in NI to be prosecuted for paying for sexual services – https://t.co/EreSLJDIKJ pic.twitter.com/UsuIlm7UrS

“I’m sure the police wouldn’t advise such a thing, collecting at lights or whatever he was doing, but this boy was taking it to a whole new level, running up and down the queue of traffic.”

She added: “I was parked in the nearby carpark and saw him at it and came back to the car about an hour later and he was doing the same thing.

“I genuinely thought he was going to get hit, it really was an accident waiting to happen, putting himself and other road users at risk.”