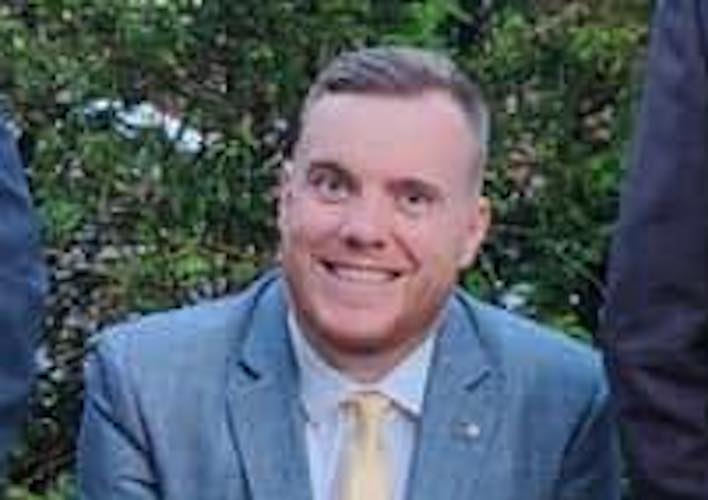 The funeral is due to take place on Saturday of a young Armagh man Oisin Fields as heartfelt tributes have been paid after news of his sudden death.

Oisin, a son of Tony and Antoinette and brother to Anton and Ronan, died yesterday (Wednesday).

According to his employer, he passed away whilst playing football with his friends, his loss sending shockwaves across the entire community.

They, together with local sports clubs, were among those to pay tribute and offer their sympathies to the family of the well-known Armagh man.

McElmeel Mobility Services Ltd, where Oisin worked, said: “Words cannot express how sad we are feeling today as we come to terms with the sudden loss of our much-loved colleague Oisin, who passed away whilst playing football with his friends.

“He was a genuine, humble and positive guy and brought so much of himself into his work and he will be sorely missed.

“Oisin was devoted to his extended family and we pray for them at this difficult time.

“Oisin Fields, a friend, a colleague, a true gentleman. May you rest peacefully.”

Oisin was extensively involved in local sport, both soccer and GAA.

He had played for Navan Harps, which competes in the Lonsdale League.

And, as a mark of respect to his family and Oisin’s club, the league took the decision this evening to cancel all cup fixtures which had been due to be played this weekend.

League officials, in a brief statement, said: “Everyone involved with the Lonsdale League are very shocked and saddened to hear of the untimely passing of Navan Harps FC player Oisin Fields.

“We would like to pass on our heartfelt condolences to Oisin, his parents and his two brothers in particular, but also to his club Navan Harps team-mates and to the wider family circle.”

His team Navan Harps has also expressed its sympathies and disbelief at the tragic loss.

“We are devastated at the passing of our friend and team-mate Oisin,” the club said.

“We extend our sympathy and support to all his family and friends at this time.

“Thank you to everyone who has expressed their condolences to the club and its players. We will pass them on to Oisin’s family in the coming days.”

Among those extending their support and offering condolences were Richhill AFC, Markethill Swifts, Camlough AFC and AFC Dungannon.

The Armagh-based Pearse Og GFC also offered sympathies to the family of a former player and staff member.

In a post on social media, the club said: “Pearse Óg Committee and members are saddened to learn of the passing of Oisin Fields, former player and current member of staff in the Social Club.

“We extend our deepest sympathy to his parents Antoinette and Tony and brothers Anton and Ronan. Our condolences are with the entire Fields’ family.

Oisin, a past pupil of the former St Brigid’s High School in Armagh, will be laid to rest at the weekend.

His remains are reposing at his late home at Drumarg Park in Armagh until removal on Saturday at 12noon.

To his parents, brothers and the entire family circle, as well as his collegues, team-mates and all his many friends, we offer our heartfelt condolences at this very sad time. RIP.