'I have done a lot of work with mental health and I have trained as a life coach. It all falls in line with my purpose in life to help people. I didn't think that politics would be how I went about that but here I am' 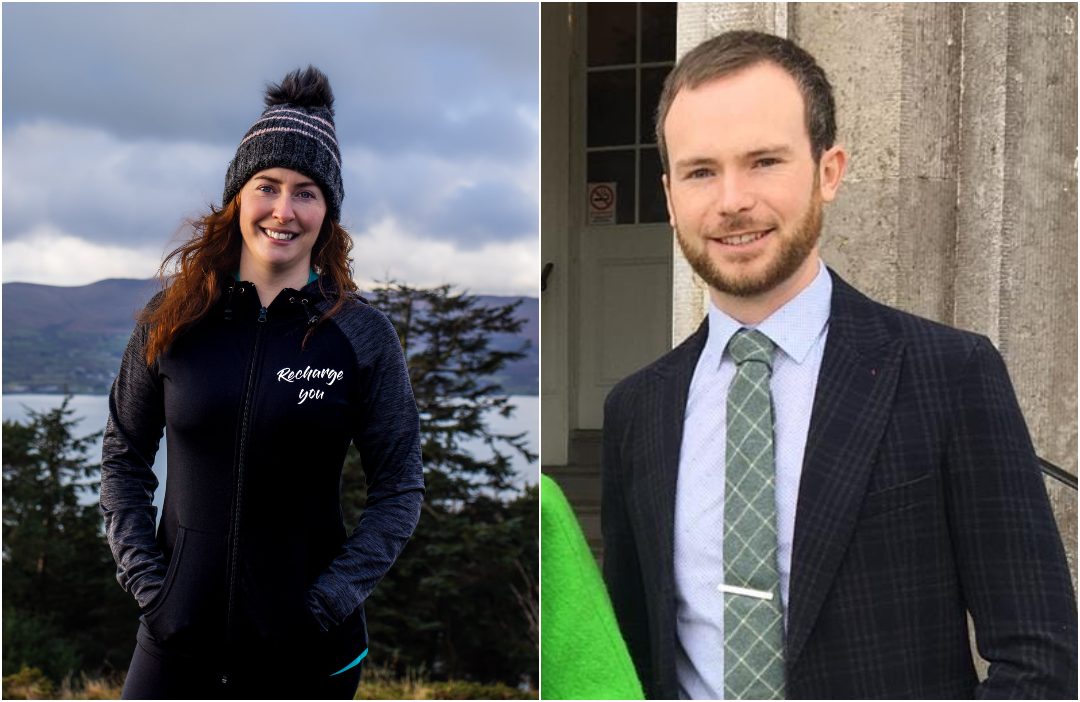 The SDLP will welcome two new faces in the New Year following confirmation of the departures of two long-standing members of Armagh City, Banbridge and Craigavon Borough Council.

It has since been confirmed that Armagh woman Grainne O’Neill will replace former Lord Mayor Campbell, while Lurgan man Ciaran Toman will take over where Joe Nelson left off in the area.

Taking up the mantle in Lurgan, the councillor-to-be Toman told Armagh I: “Joe was a great representative, he successfully got elected three times and he increased his vote each time.

“He took over from current MLA Dolores Kelly so I am stepping into big shoes. It was Dolores who gave me the nudge to run in the first instance. She saw that my ability and work in the community would be a great asset to the SDLP.”

The 30-year-old had run alongside Joe Nelson in the last council election but “narrowly missed out”.

“In the 2019 council elections we saw the opportunity of getting two SDLP seats in Lurgan and Joe was vital if we were to be successful,” explained Ciaran. “Since then I did feel that it would be Joe’s last term on council and I had aspirations that I would be in a position to step in.”

Ciaran explained how he became more heavily involved in the community as he had fewer commitments with retiring from sport, both soccer and GAA.

“I previously played for Armagh Under-21s and Minors,” he explained. “I never made the step up to seniors but I got news that I had a heart condition which meant that I had to medically retire.

“I have Long QT syndrome. It is a gene which is passed down through my father. Under the advice of my doctor I took a step back from sport and have now been more involved in the community.”

Ciaran is relishing the months ahead as he settles into his new role.

He added: “As a young member of the council and of the SDLP, I would like to give the young people of the area a voice within council.

“I think because of Covid and Brexit, people are now more engaged than ever, especially young people who may not have been over the last 10 years.”

He continued: “Being involved within my community has always been a passion of mine, I want to give something back to my community which has already given me so much.

“I’m part of a new generation and I know that other people my age feel like their voice hasn’t been heard. I want to change that, to give a voice to those who have been marginalised by the government or feel like they’ve been left behind.

“As a Housing Management graduate, I want to be an advocate for social and affordable housing in the council area, particularly given that North Lurgan has the highest waiting list in the Armagh, Banbridge and Craigavon District and continue to provide benefit advice, resolve problems with debt, housing and many more issues.

“I’m delighted to have the opportunity to serve the people of Lurgan and I’m looking forward to getting to work with our MLA Dolores Kelly and the whole council team. Councils have also suffered financially from this pandemic and councils are carrying out a cost cutting exercise, I will be making sure that vital services are retained and Lurgan gets its fair share.”

Meanwhile in Armagh, the baton is being passed on to Gráinne O’Neill, who admitted she had never considered going into politics in the past.

She said: “It was never on my agenda but in everything I do I just want to help people.

“It all falls in line with my purpose in life, to help people. I didn’t think that politics would be how I went about that but here I am.”

The 28-year-old’s first interaction with the SDLP came seven years ago, through her campaigning and fundraising in memory of her mother Annie, who passed away from pancreatic cancer.

“Mealla then got on board to help, I went to a few SDLP conferences just so I could talk with politicians who could get it on a more regional level. It made me see what a political party could do to get your cause out there,” she explained.

She said: “I am really passionate about mental health. I suffered with anxiety a few years ago and I realised the extent to which it can affect your life. I ended up off sick for a few months and I knew I needed to change my life.

“I was only 24. Men especially have a lot of pressure on them, they are raised being told they have to be strong and fit a mould. That is not the case and they need to be able to ask for help.”

Mental health improvement is something Gráinne will be advocating in her role as a councillor.

She commented: “Suicide rates are not getting any lower, people need support. It is also about having conversations and removing those barriers around it and I would speak openly about my own personal story to help others.

“This year had been awful, people who maybe never struggled with their mental health have done this year and it is totally understandable. There is a lot of pressure and people are being kept isolated and lonely.”

Gráinne is looking forward to getting started.

She said: “I want to get out there and get talking to people. It will be weird having my first council meeting over Zoom. I would prefer to have the others around me.

“I have seen how local politics can help people. A few years ago I couldn’t do public speaking but through life experiences, through losing mummy and being so passionate about pancreatic cancer and in my own battles with mental health, it would seem without knowing I was being prepared for this role.”