A gentleman with a gentle soul: Tribute to Paddy Nugent who worked over 40 years on ambulances

The popular Armagh man always had a lovely gentle way about him and he always made you feel important when he was talking to you. He always had that smile on his face and he will be missed by a lot of people today 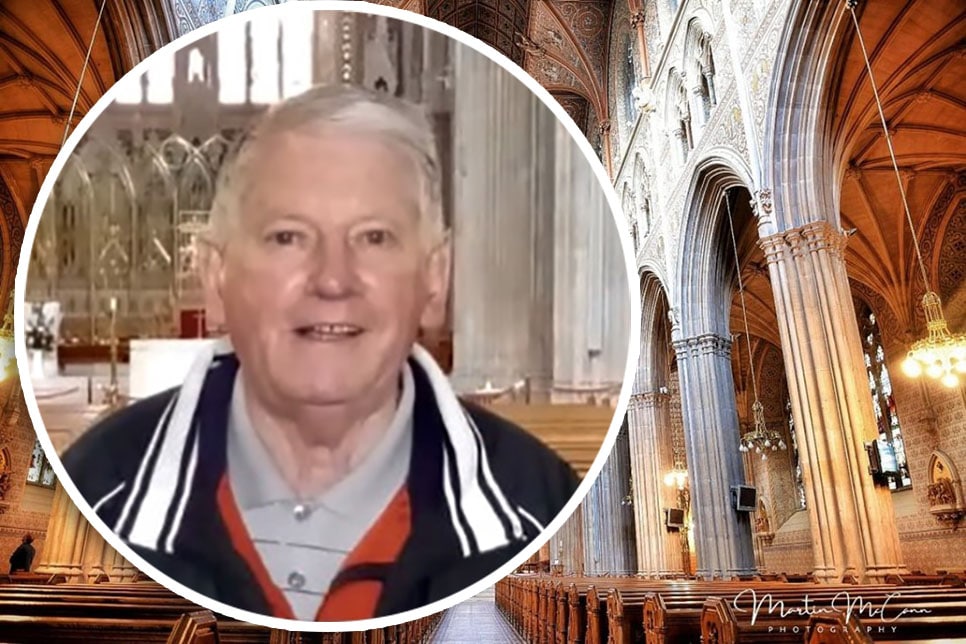 Tributes have been paid to a much-loved Armachian, Paddy Nugent,  a true gentleman who passed away recently after a battle with coronavirus.

Paddy was born on June 6, 1946 at 11 Gas Lane, Armagh, to proud parents Patrick and Annie Nugent.

He had three brothers, Joey, Jimmy (who predeceased him) and Willie, and a sister, Marian.

His father, who worked in the local gasworks which was next to their house, was the gas lamplighter of old Armagh.

Paddy never forgot the advice his parents gave him back in Gas Lane many years ago – ‘Don’t let money be your number one priority, always put your family first’ – and it was advice he followed to the letter all his life.

In his young days he was an altar boy and a choirboy. He was always proud to say he served mass for many priests, but most importantly serving High Mass for Cardinal D’Alton and Cardinal Conway.

Paddy for many years was involved with the church. He was always very happy to give of his time and help out whenever he was asked.

The parish are very thankful to Paddy for all that he had done and the faith and example he has left to his family and community. Each year he always looked forward to his trip to the Knock Shrine in Co Mayo with his son Stephen.

When a teenager Paddy played with his brothers in their band ‘The Models’. Their busy time was at Christmas when they played at all the local factory Christmas dinners, Bairnswear, Slipper Factory, Fane Valley to name but a few.

He loved playing the mouth organ and when it was his turn to sing his favourite song was Dean Martin’s ‘Everybody loves somebody sometime’.

Paddy attended St Malachy’s Primary School at Chapel Lane Armagh, and he always spoke highly of the teachers who taught him there. He left school in 1962.

He worked for a while in the old Co-Op shop around the corner from Thomas Street. He then went to work in Ross’s chicken factory. It was around this time he married the love of his life Imelda Hamilton, from Banbrook Hill, on Boxing Day 1967.

They had three sons, Stephen, Colin and Patrick, three boys they were so proud of. They were even prouder still when their five grandchildren, Patrick, Meabh, Niall, Aoife and Dearbhla, were born.

Paddy then started work as a porter in Tower Hill Hospital and a few years later he applied for and got the job he had always dreamed off – an ‘Ambulance Man’. It was a job he did and loved for over 40 years.

He always wore the ambulance uniform with pride. Many people commented that Paddy was always so helpful and respectful when he called at the house to take their relatives to hospital in the ambulance.

When he retired he spent most of his time in the garden and both he and his son Stephen made the garden what it is today. He always looked forward to his trip every Friday to the Navan Fort outside Armagh with Stephen, his sister Marian and brother Willie, where they enjoyed their walk around the grounds after which they would go into the restaurant for coffee and a chat which was usually about the old days and all the characters they knew back then.

Paddy was that loving father figure that led by example; he was always very good to his three sons and five grandchildren. He taught them all a kindness and goodness that can be seen when you meet them today.

He always had a lovely gentle way about him and he always made you feel important when he was talking to you. He always had that smile on his face and he will be missed by a lot of people today.

Sadly Paddy lost his battle to the coronavirus on December 27, 2020, and was laid to rest alongside his wife Imelda in St Patrick’s Cemetery, Armagh.

Paddy’s month’s mind mass will be in St Patrick’s Cathedral, Armagh, on Wednesday, January 27, at 7.30pm, and it can be viewed on the Cathedral webcam.