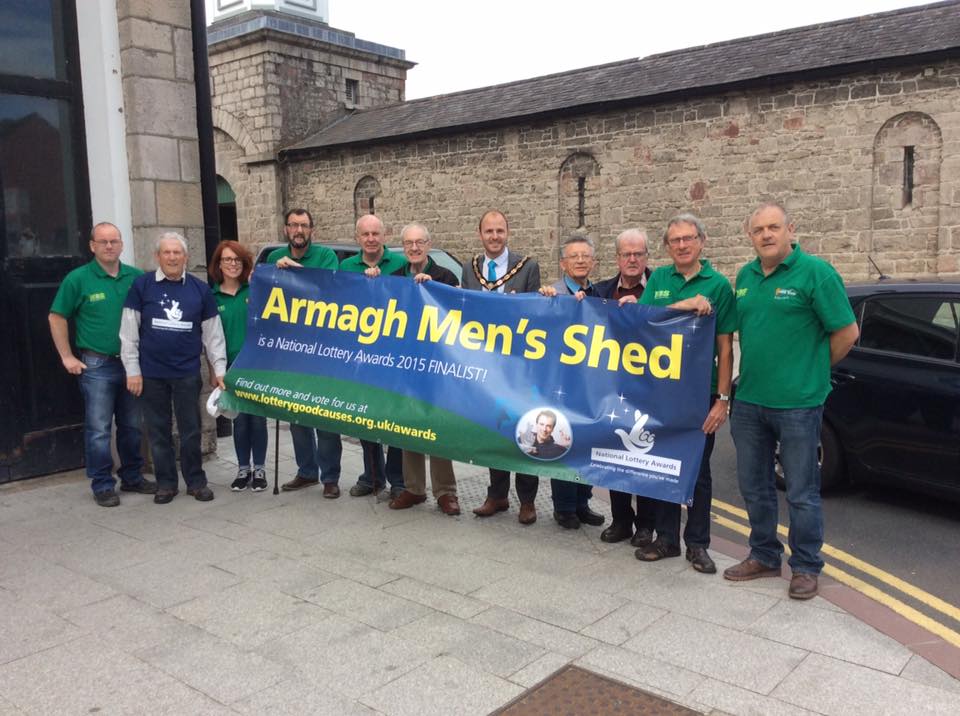 The project beat off stiff competition from more than 600 organisations to reach the public voting stage in this year’s National Lottery Awards – the annual search for the most popular Lottery-funded projects.

Armagh Men’s Shed is competing against six other contenders to be crowned the winner of the Health category.

Armagh Men’s Shed provides a friendly open and safe environment for men to socialise, share and learn new skills, and work together on a variety of projects while improving their health and wellbeing.

Stiofan McCleary, the Armagh Men’s Shed co-ordinator, said winning the prestigious National Lottery Award and having their work showcased on national television would be an honour.

“We are delighted to reach the finals of the National Lottery Awards,” he said.

“National Lottery funding has allowed the Armagh Men’s Shed to provide a friendly environment for men to socialise, share and learn new skills, and work together on a variety of projects while improving their health and wellbeing.

“Now we have reached the finals of the National Lottery Awards, I would appeal for everyone to get behind us and vote for us in order to secure further recognition for this fantastic project.”

TV star and actor John Barrowman will be presenting the National Lottery Awards for the fifth time this year. He said: “The exceptionally selfless work carried out by National Lottery Awards finalists never fails to astound me.  Their work deserves to be celebrated nationally; the community spirit, social cohesion and compassion.”

“It is crucial that you show your support for your local project so it can get the national glory that it richly deserves. National Lottery players should swell with pride that £34 million of Lottery funding is raised every single week for projects like this across the UK.”

To vote for Armagh Men’s Shed please go to www.lotterygoodcauses.org.uk/awards or telephone 0844 836 9698 and follow the campaign on twitter: hashtag #NLAwards.