My Thai: Meet the woman bringing the taste of South East Asia to Armagh City 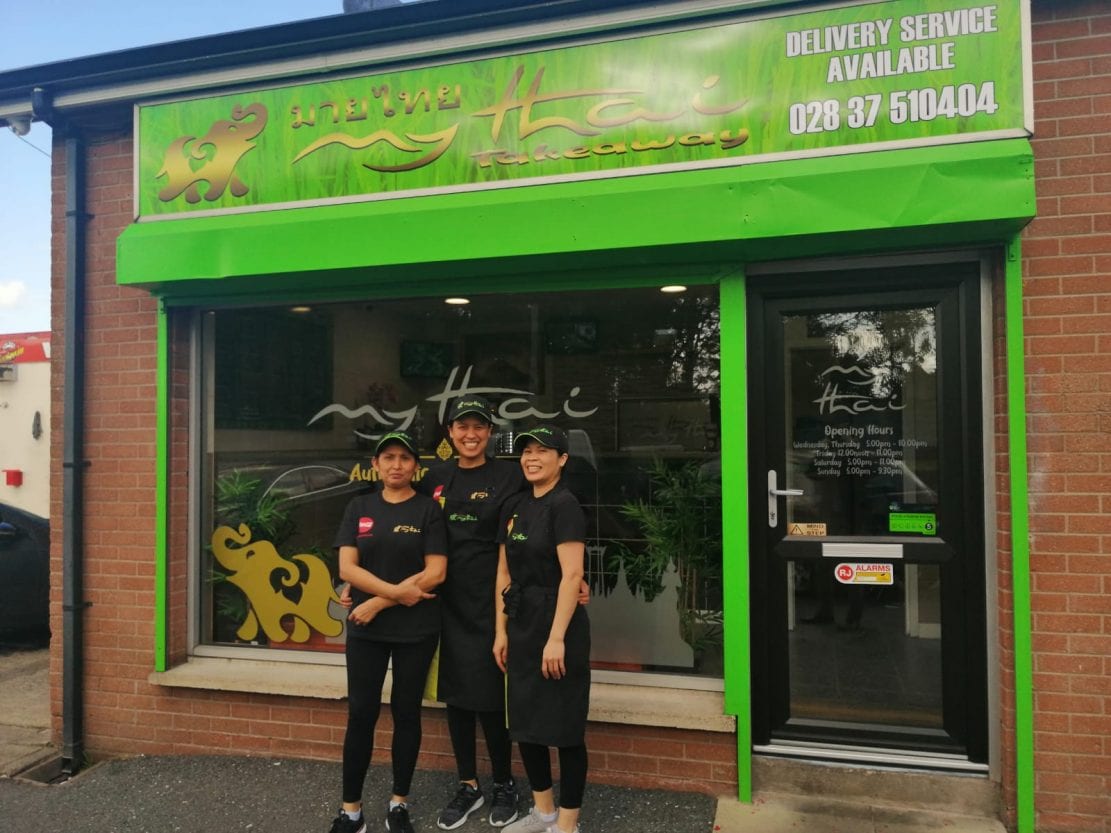 ‘Just what Armagh needed!’ and ‘When are you opening your restaurant?’

And that’s just two of the many rave reviews being afforded Armagh’s newest takeaway – a takeaway with a difference.

My Thai – an authentic Thai cuisine takeaway – opened its doors to an adoring Armagh public earlier this summer and the response to their freshly cooked, healthy, lean food, has been amazing.

Dea Clarke – a native of Thailand who has made her home in the heart of Armagh – has brought with her genuine bona fide Thai-quality cuisine.

Freshly cooked on site every day, the taste of the South East Asia is about to be well and truly established in Armagh city.

Speaking to Armagh I this week, Dea says that her takeaway, based on the Ring Road – just off Irish Street – gives locals the chance to taste real authentic Thai without worrying about their waistline. 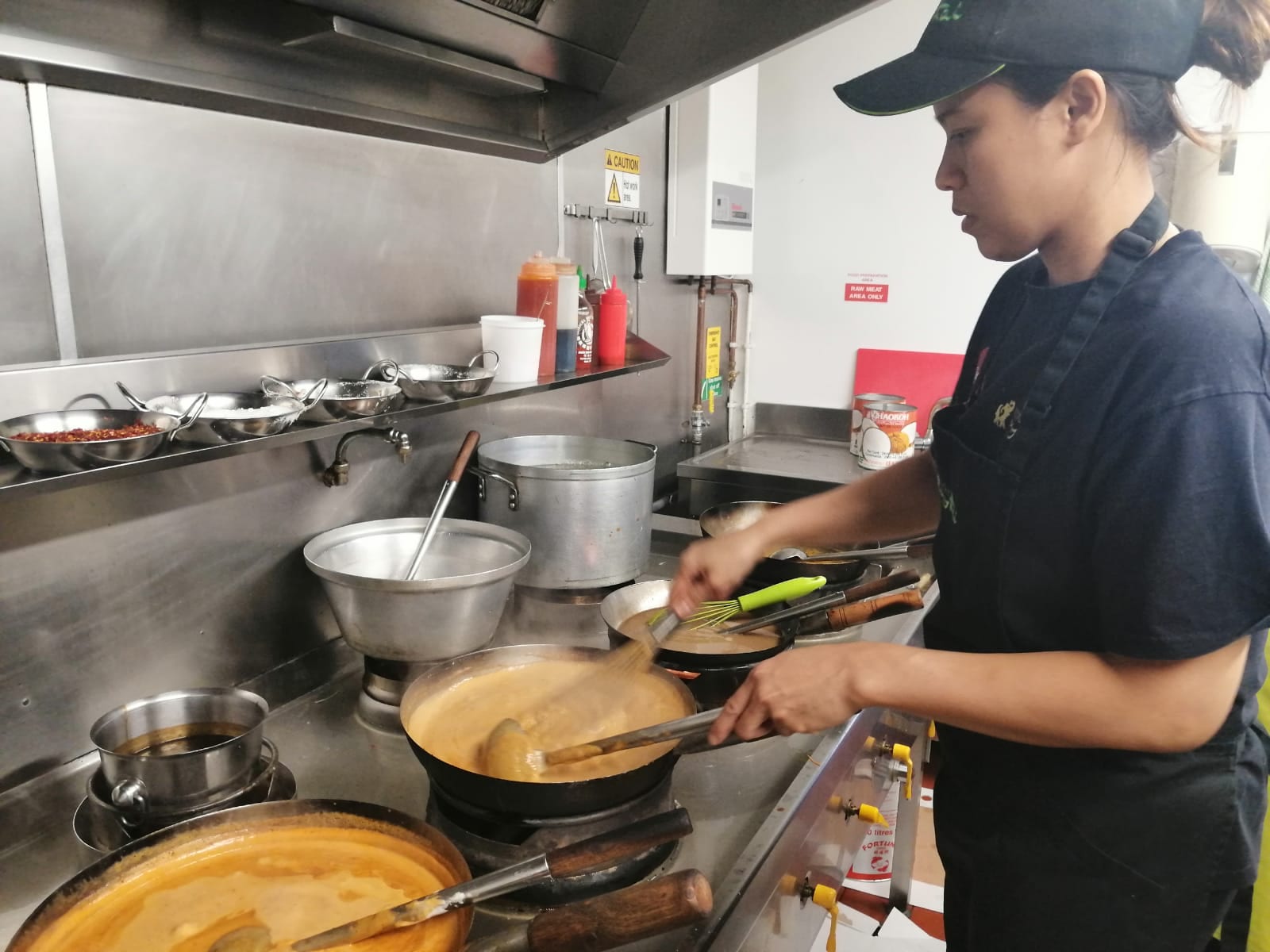 Although she admitted to toning the spice levels down a few notches for the sensitive Irish palates.

Dea made the long journey from South East Asia to the ecclesiastical capital back in 2004.

For years Dea has had a burning desire to share her skills with the people of Armagh, and beyond, but a young family had but those plans on the back-burner for a period.

“I didn’t work for the first ten years of being in Armagh as I had to look after the children as they were only little at the time,” Dea explained from her shop kitchen.

In more recent years, Dea worked in a number of catering roles across the city, ultimately whetting the appetite to open up her business.

Dea says she dreamt of running her own business from she was young and that dream became a reality this year.

“I had been thinking about doing this for a long, long time; then this place [on the Ring Road] popped up and it was perfect, so I decided to take the plunge and go for it.” 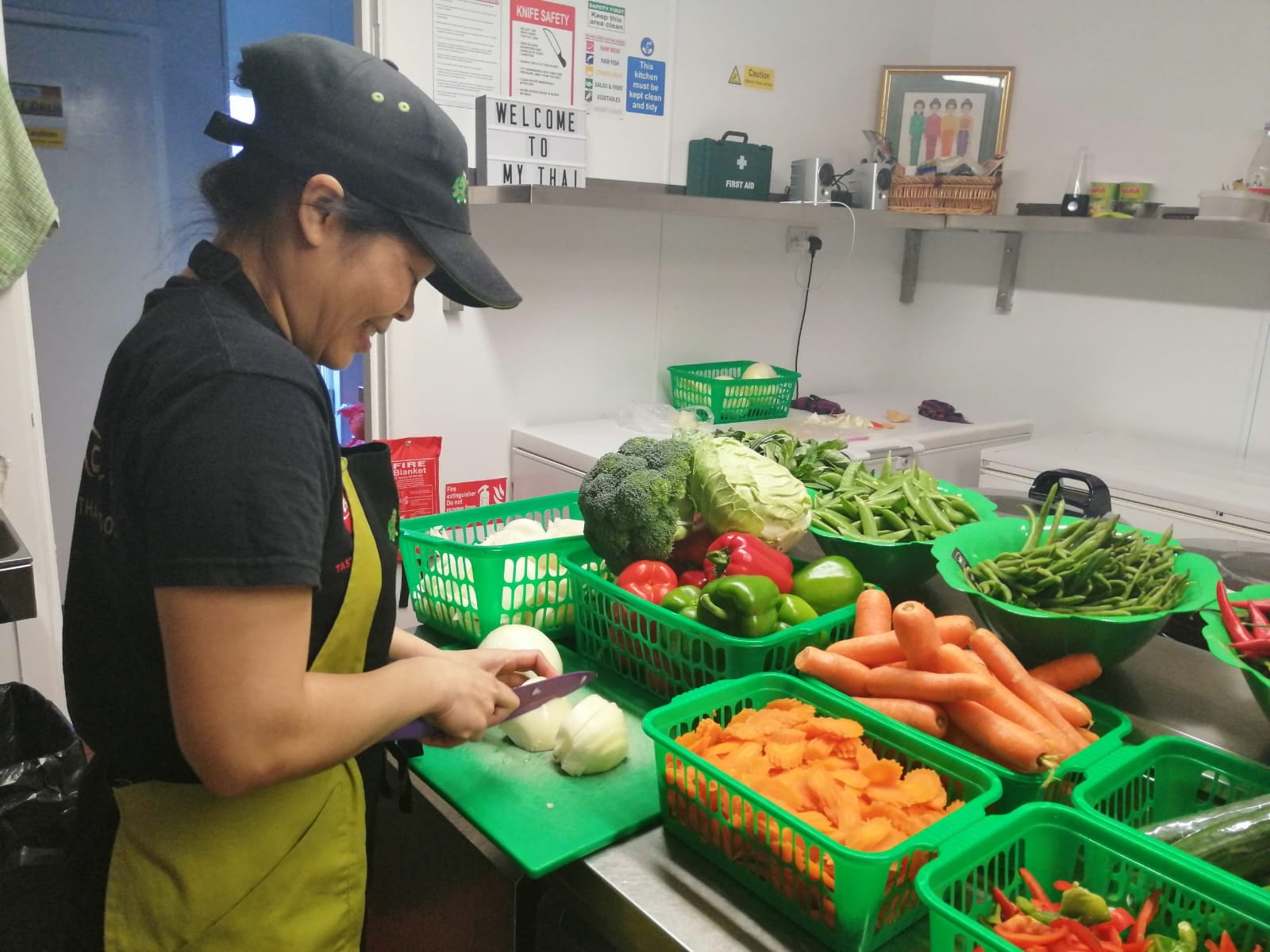 Although not in the centre of the city Dea said she was delighted when she opened the doors, for curious customers were plentiful, customers she says are now regulars.

Over the last few months, My Thai has had some notable visitors to the store, including  Sean ‘The Giant’ O’Hagan winner of Ireland’s Strongest Man 2015 and country singer Paul Kelly.

“We have been busy from we opened,” Dea continued. “We have people coming back all the time which is testament to the food I hope.

“The reviews on Facebook have been fantastic and I’m so grateful for that; and thankfully not a single complaint.”

My Thai is a truly unique eating experience to Armagh and coupled with the fresh, lean, and healthy nature of Dea’s cuisine, there’s good reason why people keep coming back. 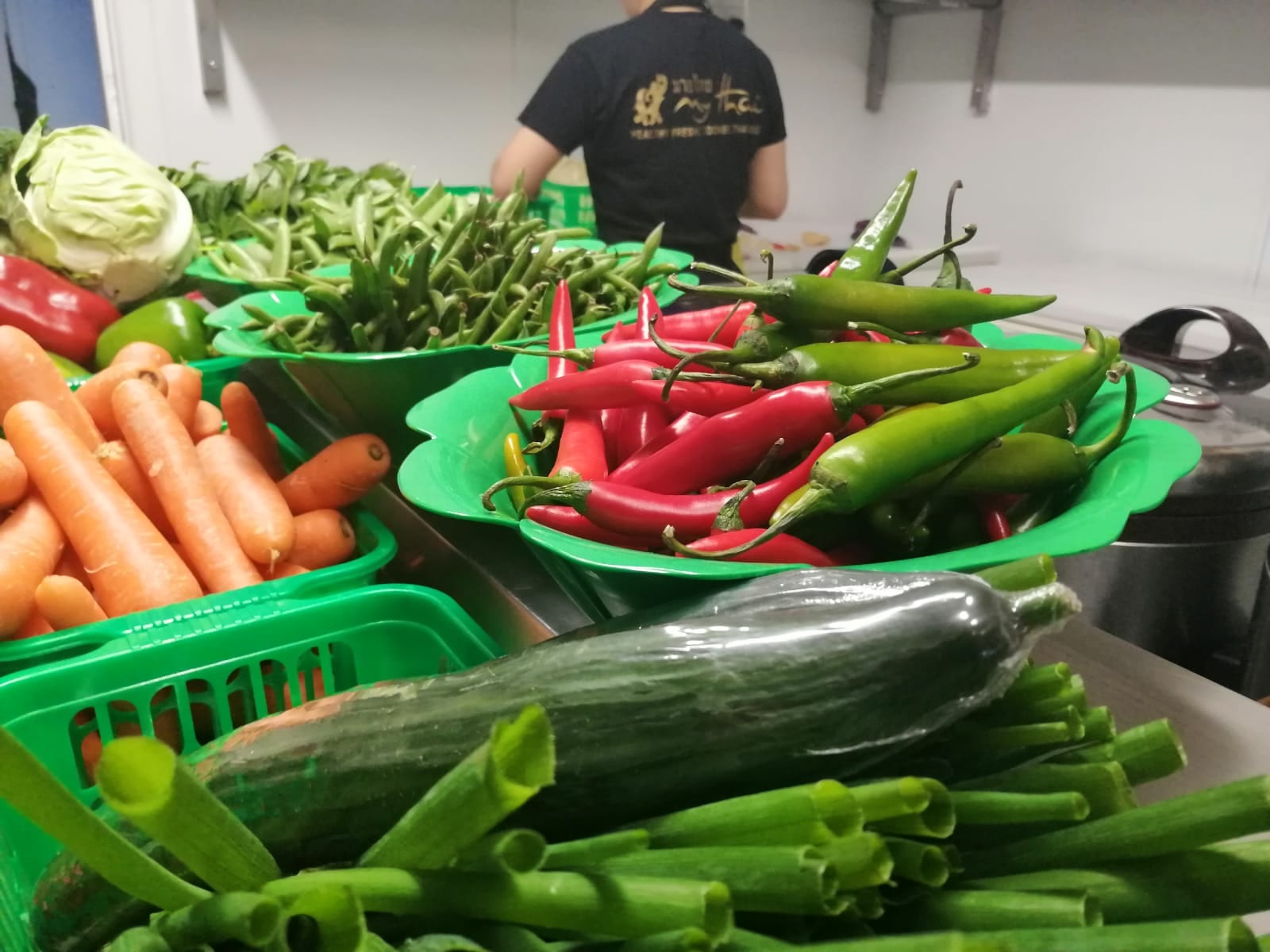 “The food is really something that you cannot get anywhere else in Armagh,” she said. “It is different from other takeaways, it is healthy, all the veg is fresh everyday, and all the staff are Thai – so it’s definitely authentic.

Detailing the delights on offer, Dea says: “This is traditional Thai food but I have had to tone down the heat for the customers here.

“For example the green curry to taste I would say it is not hot at all; we would feed it to a baby in Thailand, but for people here there is definitely enough spice,” she laughs. 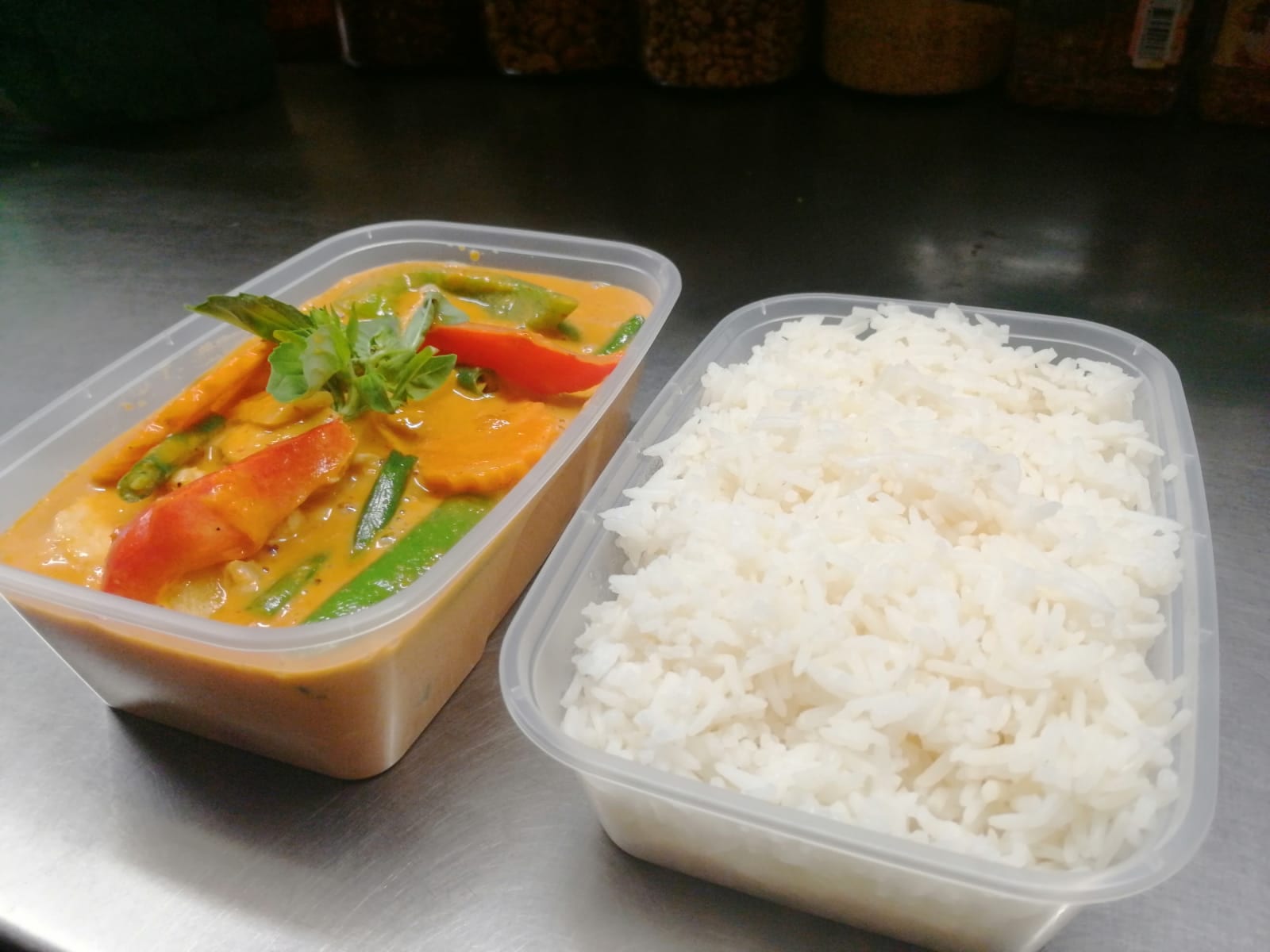 The reviews speak for themselves…

“Visited My Thai in Armagh this past Saturday. I’m a huge fan of this style of cooking as it’s fresh and clean as a rule, but I was blown away by the flavours of the meals in My Thai! I can highly recommend the crab balls and the salted chilli chicken! Will return again soon” – Sean O’Hagan, Ireland’s Strongest Man (pictured below with Dea). 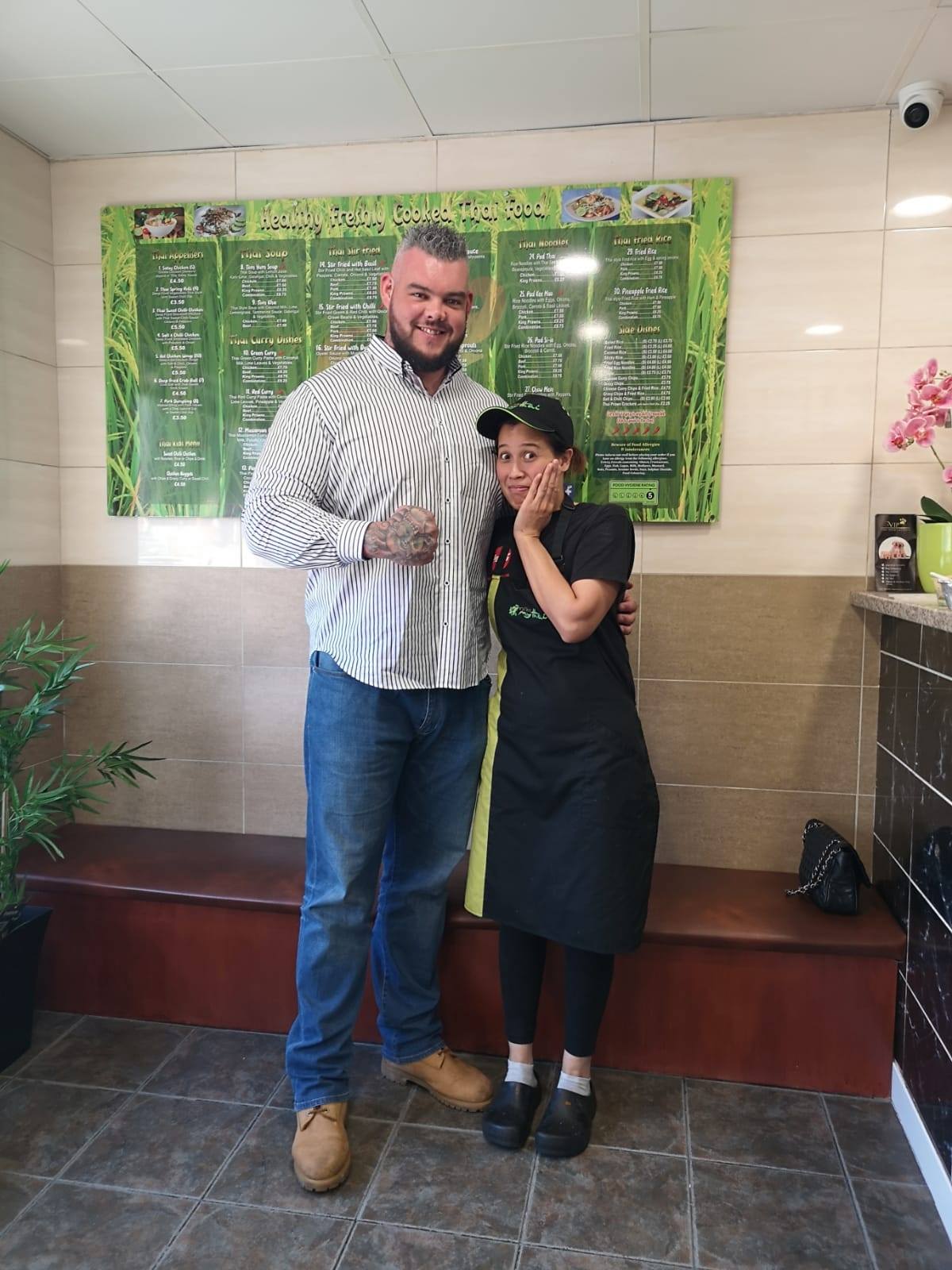 “Just what armagh needed, proper Thai food. Amazing fresh quality food and a very tempting takeaway menu. Will be back here for sure.” – Paul McCann

So delighted with Armagh’s new Thai takeaway food is so healthy and fresh just one question. When are you opening your restaurant!” – Petra Carroll.

“Food is superb. Having been to Thailand it is as good as you will get!” – Paul Duggan