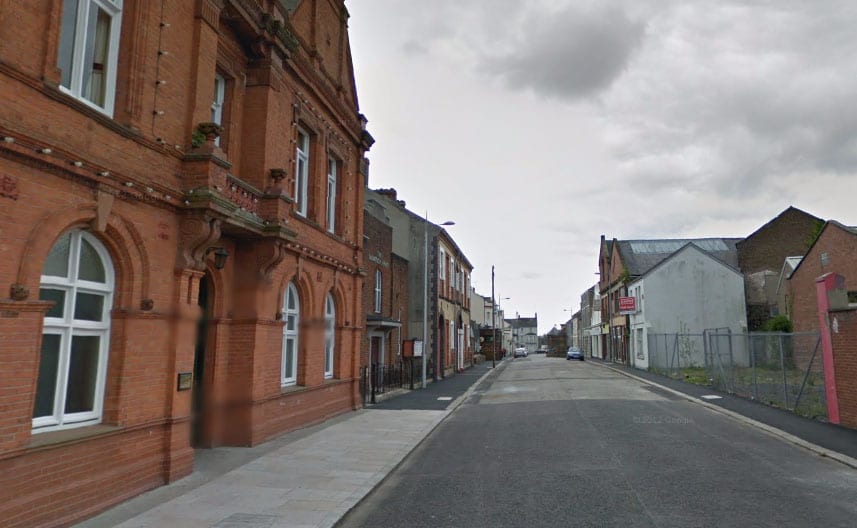 Plans have been approved to demolish and replace a hostel for the homeless and ex-offenders in Portadown – but restrictions have been placed on the number of residents.

An application had been lodged for the premises at 21 Edward Street in the town.

The plans would be to demolish the 15-bed hostel and carry out other associated works.

It will be granted approval this week at the planning and regulatory services committee of Armagh City, Banbridge and Craigavon Borough Council.

There had been concerns by local residents and business people in the area at the proposals.

Hostel residents will stay at alternative hostel accommodation while the work takes place.

The application – in the name of the Open Door Housing Association – will see larger hostel premises.

But the council official reporting on the application says all other material matters have been taken into consideration, including matters raised in response to consultation and publicity.

It has laid out strict terms on which the development can proceed, including that there be no more than 15 residents.

Construction work has also been limited 7am to 10pm, Monday to Friday, and 8am to 10pm on Saturdays, with no work allowed on Sundays or on Bank or Public Holidays.

It has been revealed that four individual objections were lodged against the works, together with one on behalf of a local residents’ group.

They argued against the scale of the development, access, traffic and car parking and general disturbance, noise and dust issues during the building work.

They also argued that adjacent properties would be devalued and expressed concerns over the “type of residents occupying the premises”.

According to the council planning official: “The site consisted of an existing 15 bed and three warden hostel at Edward Street in Portadown within the Portadown Town Centre. The building extended to two-and-a-half storey to the front and four storeys, including basement, to the rear.”

The report states: “It was a homeless hostel for 15 persons and three full time staff to provide new modern accommodation with ensuite facilities.

“A condition could be used to restrict the number of residents to 15.”

In relation to some of the concerns from objectors, the Environmental Health Department has confirmed that there were no current complaints of noise from the existing building.

In relation to the “type of residents of the proposed hostel”, the official reports that “that was not a material planning consideration”.

Concerns regarding other potential developments in the area of a similar nature and where residents would stay during construction “could not be controlled or assessed” through the current planning application.