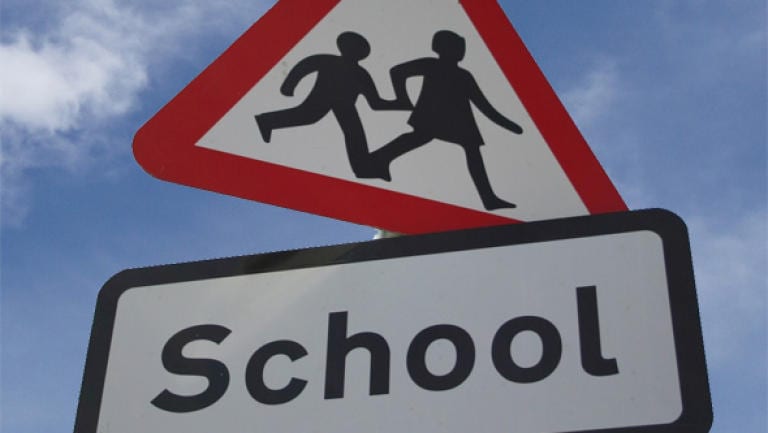 Nominations have opened for a special school award set up in memory of a Co Armagh schoolgirl who passed away in 2011.

Applications are being now being sought for examples of outstanding pastoral care in schools.

It was the support and love shown by staff of St Mary’s Primary School to one of its pupils, after she was diagnosed with terminal cancer, which inspired the award.

But all at St Mary’s did everything they could to make her last days as happy and special as possible.

He said: “Exceptional pastoral care is about the help and support offered to pupils by teachers or the school community to the challenges and difficulties young people face today.

“Schools that go above and beyond to make a real difference to their pupils’ lives. There are many schools that provide exceptional care and should rightly be recognised for their important work in this area.

“The nominations received last year, demonstrate the value that communities place on our schools and I would encourage more entries this year.”

The Derrytrasna Pastoral Care Award provides recognition to school communities that have demonstrated exceptional co-operative effort in supporting the pastoral care of pupils and their families.

There will be one award for the pre-school, primary and post-primary sectors.

Valerie Watts said: “The Public Health Agency is delighted to be involved with the Derrytrasna Awards. Good pastoral care is integral to supporting pupils in terms of their personal and social development, including mental and emotional wellbeing, educational attainment and future life outcomes.

“Children who enjoy and thrive at school are more likely to achieve good qualifications, which in turn are more likely to lead to a fulfilling job directly benefitting health and quality of life. I look forward to hearing about the examples of outstanding practice through this year’s nominations.”

Principal Jarlath Burns said receiving the award was “probably the pinnacle for a school in terms of affirmation that we are making a difference to children’s lives”.

He added: “It is a privilege for schools to be able to play such a part in the development of our next generation and to get an accolade which is in memory of the wonderful Adele Madden and her outstanding school, St Mary’s Derrytrasna, is a great honour for us.”

Applications should be made by no later than December 16 using the form available at: https://www.education-ni.gov.uk/articles/derrytrasna-award-pastoral-care