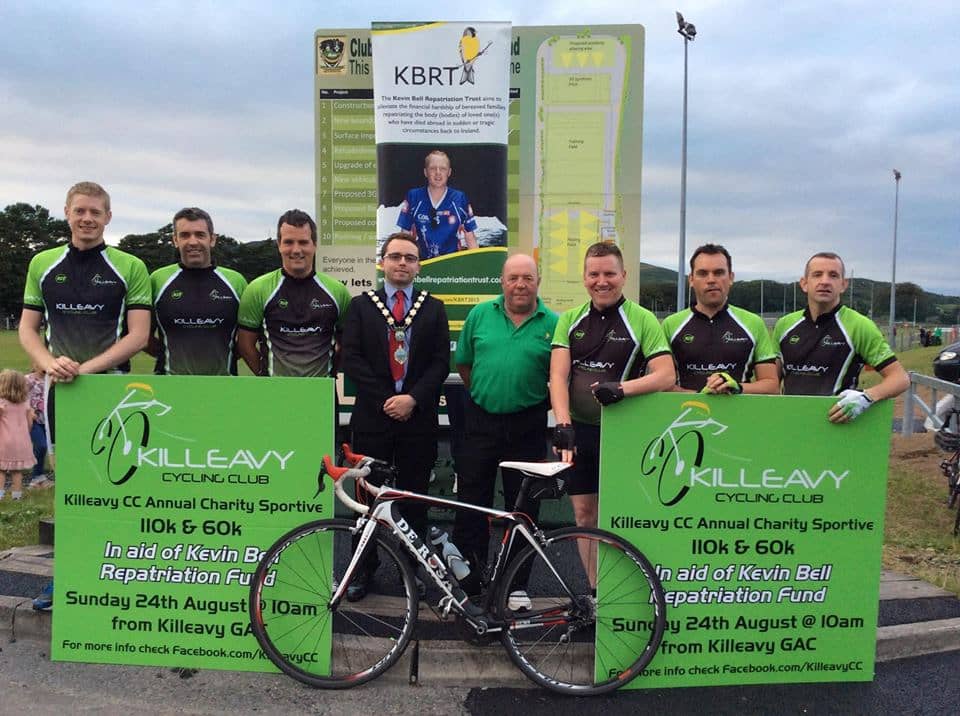 Cyclists will descend on the roads of South Armagh and Louth as Killeavy Cycling Club run their annual charity cycle this Sunday (August 24).

In its third year the club have decided to support the Kevin Bell Repatriation Trust.

In their own words The Kevin Bell Repatriation Trust aims to alleviate the financial hardship of bereaved families repatriating the body of a loved one, who has died abroad in sudden or tragic circumstances, back to Ireland.

It has already done so on 37 occasions.

It was in June of last year that 26-year-old Kevin, from Newry, was killed in a hit a run accident in the Bronx district of New York.

Kevin’s parents, Collie and Eithne,  made a decision to set up a trust in his memory to help other families with the financial expense of repatriation of loved ones that would die abroad.

Now Killeavy Cycling Club is hoping to add more to the funds of the Kevin Bell Repatriation Trust.

As one of the main aims of the Trust is to provide financial assistance to bereaved families, ongoing fundraising is required to assist the excellent work being undertaken. The cycle, which is a Sportive, provides for two routes of 60km and 110km. The longer route being more focused towards the more experienced cyclist with ample climbing required throughout the day, including the renowned Jenkinstown and Flagstaff.

The 60km loop is focused towards the leisure cyclist and will provide a testing yet enjoyable day out.

Both routes provide for stunning scenery with static marshals provided at all of the main junctions, as well as motorbike marshals throughout the route.

Food refreshments will be provided for all cyclists at the end of the Sportive with any cyclist opting for the 110km being ‘refuelled’ mid-route.

All cyclists will set off at 10am sharp from Killeavy GAC with registration opening at 8.30am.

Given the charity involved, large numbers are expected to support the cycle and the club would encourage all participants to arrive as early as possible.