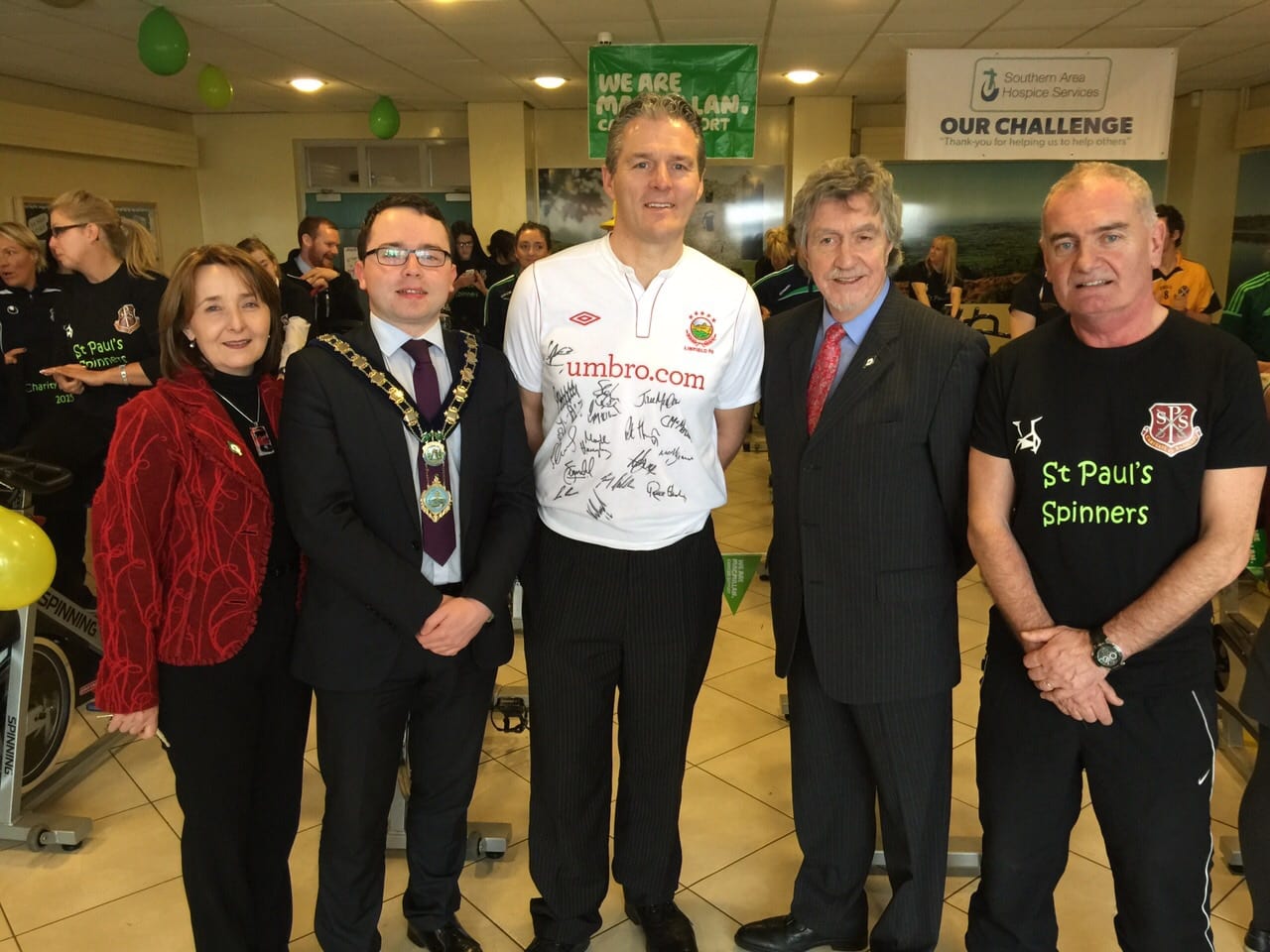 Pedal power is the name of the game and local charities are the winner!

With a huge community spirit and a determination to raise as much money as possible, a 24-hour Spinathon is underway at St Paul’s High School in Bessbrook.

Under the watchful eye of principal and Armagh GAA legend Jarlath Burns, the event is attracting a great response.

Parents, students and staff have all been getting ‘on their bike’ for the big charity drive, which kicked off at 12 noon and runs through until mid-day tomorrow.

As it continues through the night there is no doubt the support will not let up. Translink staff from Newry bus centre are on their way down this evening (Tuesday) to do their bit.

And also dropping in today to join in the fundraiser were some of the Down GAA senior team and the Armagh Minors.

Newry and Mourne Mayor Daire Hughes has also been down in Bessbrook with local SF MLA Mickey Brady and Cllr Roisin Mulgrew to show their support.

Mr Brady praised the school for its continuous support of local charities and for the huge contribution it makes to the entire community.

More are expected to arrive during the night but the fun and the ambition to raise as much money expected is a powerful driving force.

It is expected that a significant sum will be collected and put to good use for local cancer charities, including Southern Area Hospice Services and Macmillan.

Well done to Jarlath Burns and everyone connected with St Paul’s High School – and all those who have taken part or helped in any way with this fantastic effort!