Action to tackle drug use at park 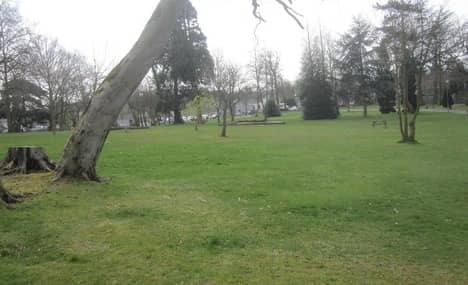 CRAIGAVON Borough Council and the PSNI have been urged to take action to deal with drug taking and litter in Edenvilla Park, Portadown.

Councillor Robert Smith said the build-up of rubbish is blighting the popular park at Bachelors Walk and the the apparent use of drugs there was very worrying.

The DUP councillor recently took a walk around the park after being contacted by a local resident and was “gobsmacked” by the amount of rubbish.

He said: “I was alarmed to see such a build-up of rubbish in what is one of Portadown’s most attractive parks. Bachelors Walk is a major asset to the community in Portadown and it is very unfortunate that it has been neglected to a certain degree; very worryingly there was a significant amount of drug paraphernalia strewn around and it seems that drug taking is common practice in this area of the Batch.

“The rubbish needs to be removed and I do feel that something more could be done with this section of land to the edge of the park with a view to improve it with pruning and creating an environment that can be used for leisure and deter illegal activity. At the moment that cannot be done.

“The resident I spoke to said the park was in a similar state last year, but that once spring comes, the rubbish is hidden by the grass and is less visible.”

“We can only take steps to address crime and local issues when we are made aware of them. It is vital that the local community talk to us about concerns in their own area and we will do our utmost to work with them to find solutions,” he said.

A council spokeswoman said: “Craigavon Borough Council visited the site and have clearly identified a wooded area that has a build-up of litter and evidence of drug taking.

“The area has now been cleared of litter and, to deter individuals using it in the future, it will be thinned out to open it up and remove the cover that is there at present.”