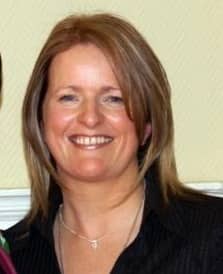 Councillor Doyle made the announcement as confirmation came that the tender for the work has been awarded.

Councillor Doyle explained the background to the situation: “This has been a long time coming and I’m delighted to be able to bring good news to the people of Middletown on this issue.

“I have been working on this issue for many years, along with my council colleague Darren McNally, after I was approached by a number of residents who believed that the current play park was past its sell by date, although it has been well maintained and well used by local children.

“On my advice Armagh Council officers consulted with the wider Middletown community to look at all of the options including moving the play park to a new site.

“As no site was forthcoming I asked council to consult with the residents of Ivy Park which is adjacent to the current park.

“None of the residents had any objections to the park remaining in its current location so I advised that Council proceed to tender for the redevelopment of the park at the current site.”

At one point it looked as though the project may be further delayed, as Councillor Doyle said: “At one stage Council were advising that the project would not go to tender until next year but I impressed the importance of getting this speedily commenced to the council officials as the kids of Middletown have been waiting such a long time already.

“Thankfully the tender has now been awarded and a meeting will be held on Monday with representatives of the winning tender, council officials and community members to provide an update on the park progress.

“The upgrading of the park should start within the next few months due to the time required to order equipment, but I’m delighted to report that the new park is now a reality.”