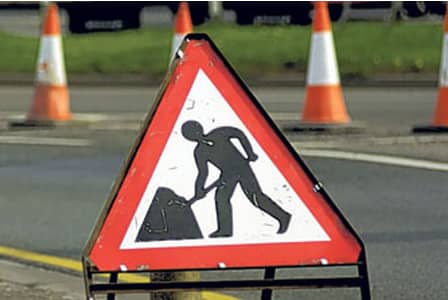 Mr Kennedy said: “The works will improve the structural condition of these stretches of carriageway and also enhance their running surfaces. Where necessary the drainage will also be improved.”

Works will begin for the preparation for resurfacing today. As with all works of this nature planned dates are subject to favourable weather conditions and Roads Service will keep the public informed of any unavoidable change.

During the works on the Mullabrack Road a temporary road closure will be in place from Monday 21 January 2013 to Sunday 3 February 2013. Traffic is being diverted via A28 Gosford Road, B3 Tandragee Road, B131 Drumnamether Road & A51 Marlacoo Road.

During the works on the Newtownhamilton Road a temporary road closure will be in place from Monday 21 January 2013 to Sunday 10 February 2013. Traffic is being diverted via A29 Keady Road & B3 Tassagh Road.

Throughout the period of the road closure access will only be available to local residents and to local businesses within the length of the closures. It should be appreciated that some delays and diversions can be expected and should be planned for.