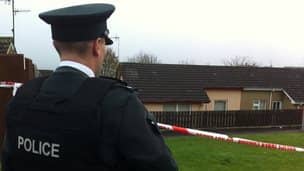 The operation was undertaken as part of the PSNI’s commitment to disrupt, prevent, deter and detect criminal activity.

Twenty properties were searched during the operation with 143 stop and searches undertaken.

Chief Inspector Ian Campbell said: “The aim of our anti-crime operation was to prevent, detect and deter crime with a focus on travelling criminals, organised crime and the terrorist threat.

“We were joined by our partners in HMRC and UK Immigration for part of the operation. HMRC conducted checks on 22 vehicles in relation to red diesel and seized two vehicles.

“Our aim is to keep people safe across Northern Ireland and we would like to thank the public for their support and patience during the operation.

“In the weeks ahead we will continue to provide a visible presence and would encourage the public to work with us and report any criminal or suspicious activity on 101.”