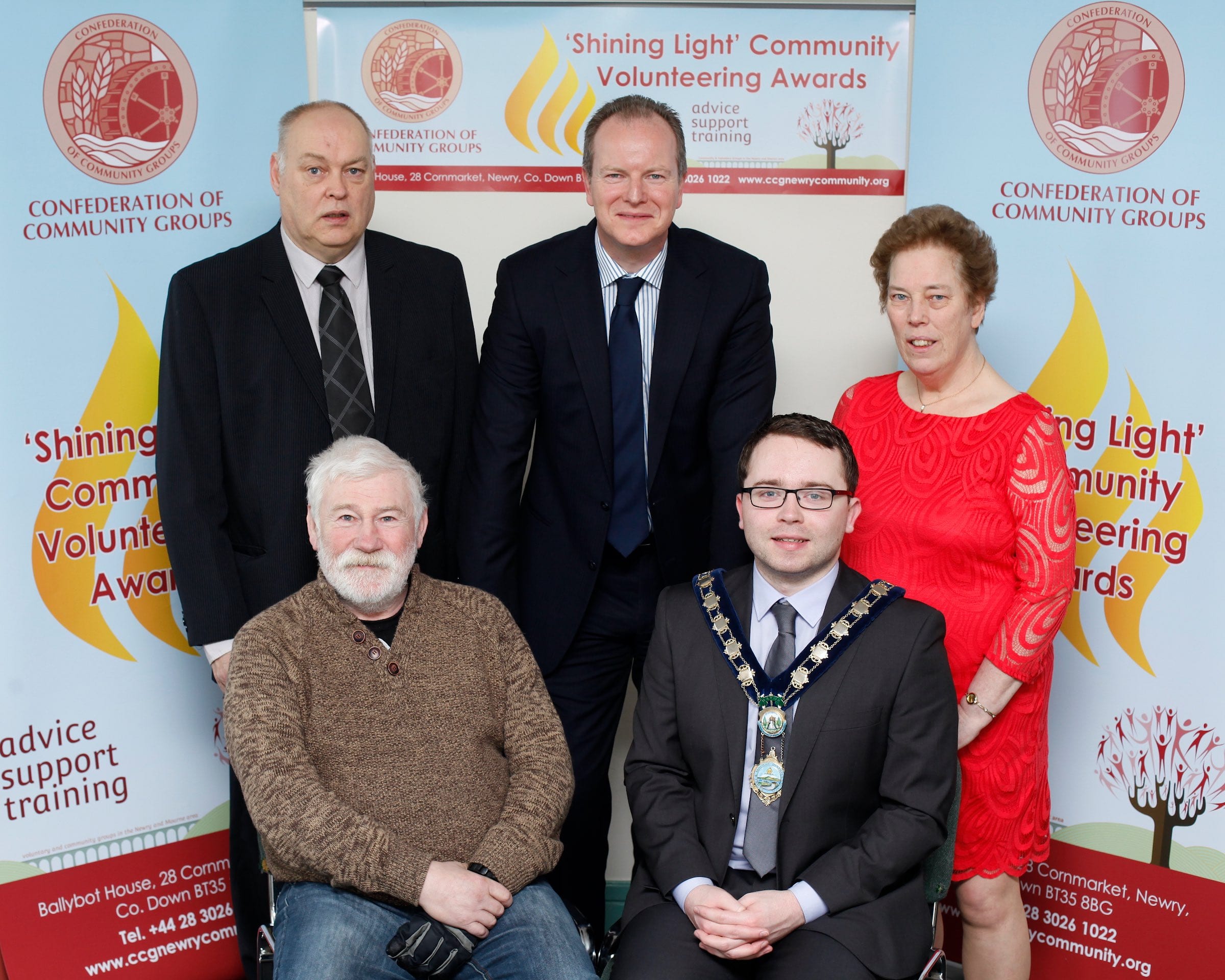 An annual awards ceremony to celebrate the contribution of unsung heroes across Newry and Mourne has been officially launched.

And nominations will shortly be sought from within the local community by the Confederation of Community Groups, as it prepares for its ‘Shining Light’ Community Volunteering Awards for 2015.

The Patricia Graham ‘Shining Light’ Awards are named in memory of Patricia Graham, a dedicated member of the staff team, and are held in June each year during Celebrating Volunteers Week.

The Awards have grown year on year and are now one of the highlights on the community calendar for this area.

This year, once again, the Confederation of Community Groups anticipates a very high level of interest in the Awards as they recognise the tremendous contribution made by community volunteers to life in this area.

Welcoming everyone to the launch, the Mayor, Dáire Hughes, said: “Newry and Mourne District Council are particularly happy to be associated with the Community Volunteering Awards, as it provides the opportunity to recognise and pay tribute to the many unsung heroes who work tirelessly within local communities.

“Each year, the range and quality of nominations surpasses all expectations and we are already looking forward to another memorable Awards Night.”

“It gives me great pleasure to see local communities volunteering to support their communities of interest. The Credit Union itself began over 50 years ago from that same spirit of community self-help and it is indeed gratifying and reassuring to see that same ethos is still alive and well in our local area.”

Chair of the Confederation of Community Groups David Cunningham explained how the Awards process will operate.

“We will be inviting nominations, under eight different Award Categories, from groups or organisations affiliated to the Confederation of Community Groups,” he said.

“The nomination process will open on March 19 and provides a ‘window of opportunity’ for those groups/organisations not yet affiliated to do so and avail of all the benefits of affiliation.

“Once again we anticipate a high level of interest and a diverse range of nominations reflecting the community landscape locally.”

The Confederation will be seeking sponsorship for each of the different Award Categories and, as in previous years, an Independent Adjudication Panel will be appointed. It will meet in early May to assess the nominations and select the Award winners.

All nominees will be recognised on the Awards Night, which will take place on Thursday, June 4 in the Canal Court Hotel, Newry.

For further information contact the Confederation of Community Groups on (028) 3026 1022 or email info@ccgnewrycommunity.org