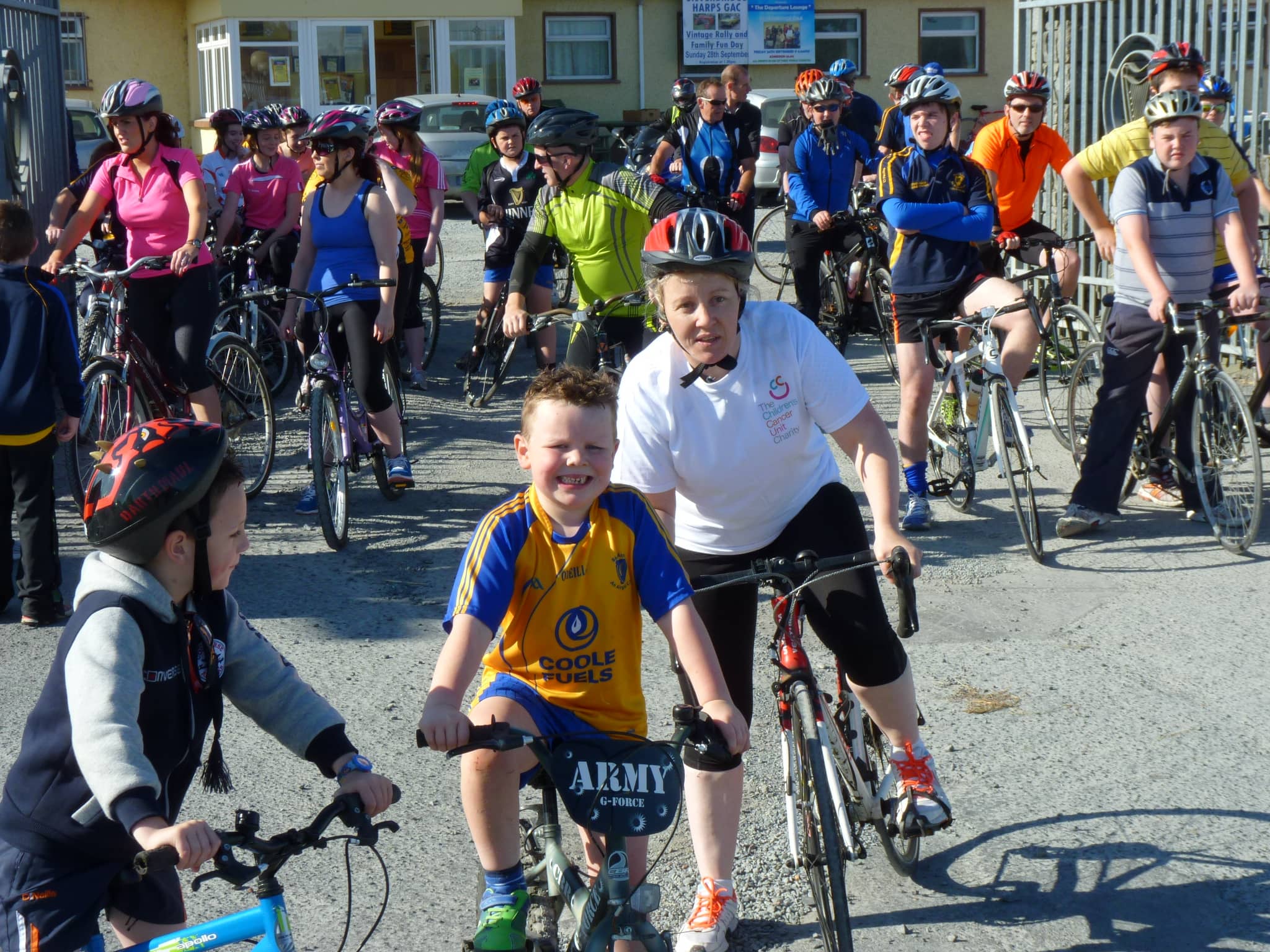 Seven-year-old Peter Grant got a great response this morning as he led out the second annual ‘Cycle/Walk for Peter’ in Silverbridge this morning.

Silverbridge Harps GAC hosted the event and there was a huge turnout on All Ireland Day, with clear blue skies and perfect, calm conditions.

The event, jointly organised by the Grant family, Silverbridge Harps and COAST, is raising funds for the Children’s Haemotology Unit in the Royal Victoria Hospital, Belfast, and the South Armagh based women’s Charity COAST ( Cancer Outreach and Support Together).

Peter was just five years of age when first diagnosed. He is still receiving treatment and this event is just one of many fundraisers being organised by the Grant family.

Cycling enthusiasts could do either a 60k, 40k or 15k cycle, whilst a constant stream of walkers kept the Walking Track busy throughout the day.

Hot food, sandwiches, buns, fruit, and an array of refreshments were donated by so many individuals with scores of helpers on hand to keep the participants fully energised!

Other volunteers were in place to organise traffic control to ensure a safe and enjoyable day for everyone.

This was a true community event with all ages and all generations coming together to fundraise and simply help out in whatever way they could.