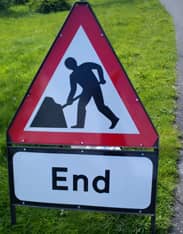 In conjunction with the Lurgan Environmental scheme and the upgrading of the traffic signalling at Edward Street, work on the resurfacing scheme in Edward Street will start on Saturday, February 8.

The Minister said: “The resurfacing will improve the surface quality of Edward Street for road users.”

During these periods traffic will be diverted via Millennium Way, Union Street and Sloan Street. These roads will be clearly signed for the assistance of the public.

The second stage will involve resurfacing from Sloan Street to beyond Old Portadown Road and details of road closures for this will be published nearer the time.

Roads Service and the contractor will make every effort to minimise inconvenience and would ask that the public exercise caution and patience whilst the works are in progress.

As with all works of this nature planned dates are subject to favourable weather conditions and Roads Service will keep the public informed of any unavoidable change.