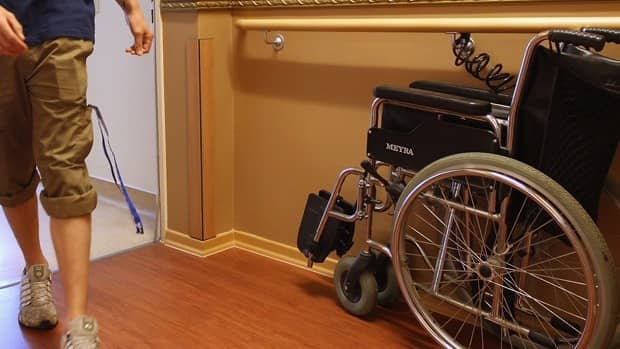 AN insolvent healthcare group has been ordered to pay a fine of £1 for the death of a 91-year-old Keady woman who fell from a first story window while in their care.

At Newry Crown Court on Thursday, Southern Cross Healthcare Group PLC was fined after pleading guilty to a breach of health and safety legislation in connection with an incident at the Ard Mhacha House Care Home in Armagh in June 2011.

Mrs Rosaleen Arthurs fell from a first floor window onto the ground below.

She was taken to Craigavon Area Hospital where she died from her injuries.

An investigation by the Health and Safety Executive for Northern Ireland (HSENI) found that screws, required to hold the window opening restrictor in place, were missing.

SCHG PLC had recognised the risks associated with windows and falls from height but failed to fully implement all of the control measures required to ensure a safe environment.

Ronan Magee, an inspector with HSENI, said: “This tragic loss of life was preventable and resulted from failure to control a well-recognised hazard. It could have been avoided at minimal cost to the company.

“It is vital that in health care settings with at risk groups that window restrictors are installed and maintained.

“There is clear published guidance and information available from HSENI, the RQIA and the Department of Health to ensure all such premises are maintained in a safe state.”

A nominal fine of £1 was imposed however the judge indicated that had Southern Cross Healthcare Group PLC still been trading as a solvent company a fine of £150,000 would have been imposed.

Ard Mhacha House Care Home is now owned and operated by a new company which is unconnected with SCHG PLC.