All about the beauty and brilliance of Carlingford Lough Greenway 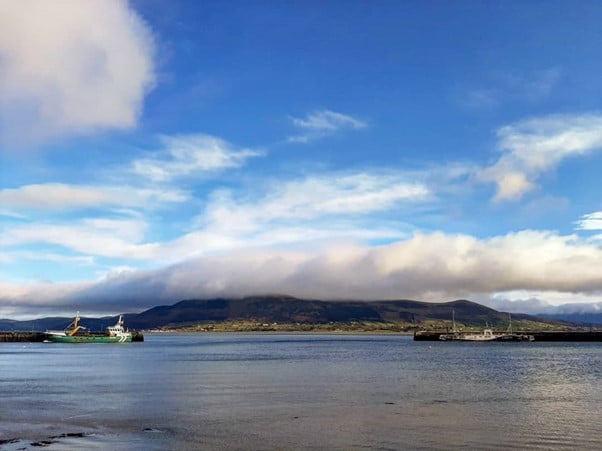 Today, The Carlingford Lough Greenway has two existing sections, three if you include, as I do, the Greenway that links Newry to Portadown.

The first section, opened in 2014,  runs from Carlingford Marina (where OnYerBike is based) to the neighbouring village Omeath, just under 7km away,  almost entirely along the track bed of the old Dundalk, Newry and  Greenore Railway.

The second section, opened in 2018, runs from Victoria Lock to Newry between the Newry Ship Canal and the Newry River, a distance of 5.7km.  The third section is known as the The Newry Canal Way  and runs from Newry to Portadown

Today, to cycle or walk from Carlingford to Newry and on to The Newry Canal Way would involve you traveling along the often busy R173 main road for approximately 10km.

It can be done – people including myself do it – but today it is not a safe, suitable road for a family to take a ride. This will all change – and soon – with the extension of the Carlingford Lough Greenway to connect Omeath to Victoria Lock, again largely using the track bed of the Dundalk, Newry and Greenore Railway.

The vision of a cross-border Greenway that links Carlingford to Newry is being delivered by Louth County Council working in collaboration with Newry, Mourne and Down District Council and East Border Region Ltd with significant EU funding.

The project will create 10.1km of additional Greenway, including a link from Carlingford Marina into Carlingford itself and of course a connection between Omeath and Victoria Lock.

It’s going to be fantastic – just like the existing two sections of the Carlingford Lough Greenway and the Newry Canal Way.

For those who want a longer ride or a proper good walk, on the northern outskirts of Newry City is the Newry Canal Way, a 32km walking and cycling route running from Newry to Portadown along the restored towpath of the former Newry Canal.

I have ridden the route – it is flat with a great surface, running through villages such as Poyntzpass and Scarva before reaching Portadown. I am a cyclist more than a walker – Carlingford to Portadown and back is a decent spin – 106km – and a very nice day out.

When the planned extension between Omeath and Victoria Lock is finished, there will be a 53 km cross border Greenway.

That’s not pie in the sky – that is coming soon . . .watch this space.

OnYerBike has recently introduced a new range of e-bikes that will make such a day out a bit easier on the heart, lung and legs! Probably 5 hours of cycling and 3 hours of enjoying everything the route has to offer.